Originally I was concentrating on the word: E N E R G Y, and I believe this title, for a typeface, may already exist, thus S Y N E R G Y seemed the next likely option, and dots and dashes of electrical outlets, easily came to mind: as the core elements for these preliminary/secondary… drafts: 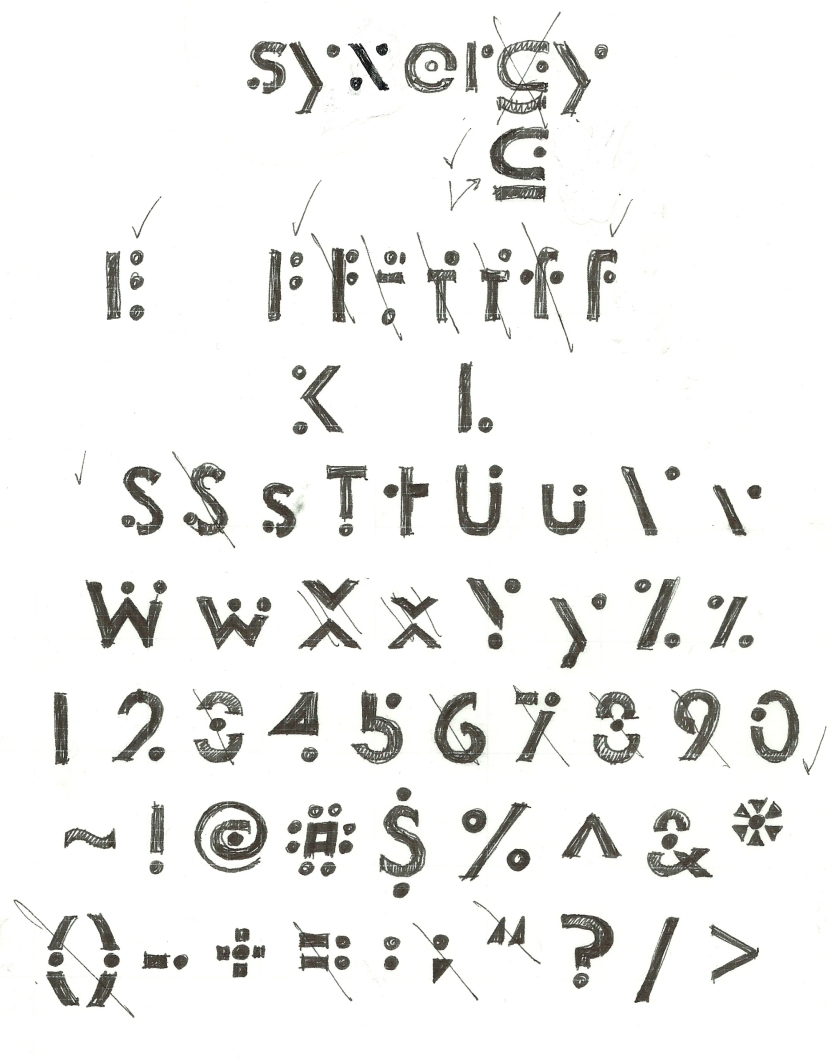 Also, make use of different grids to change the course and direction of your first drafts:

Also try to recreate grids… allowing the grid to dissolve… so that it is possible to perceive letters of your word/alphabet/typeface within the negative/positive or in-between spaces:

Collecting the final letterfom sketches/drafts into one alphabet (for digital re-rendering): 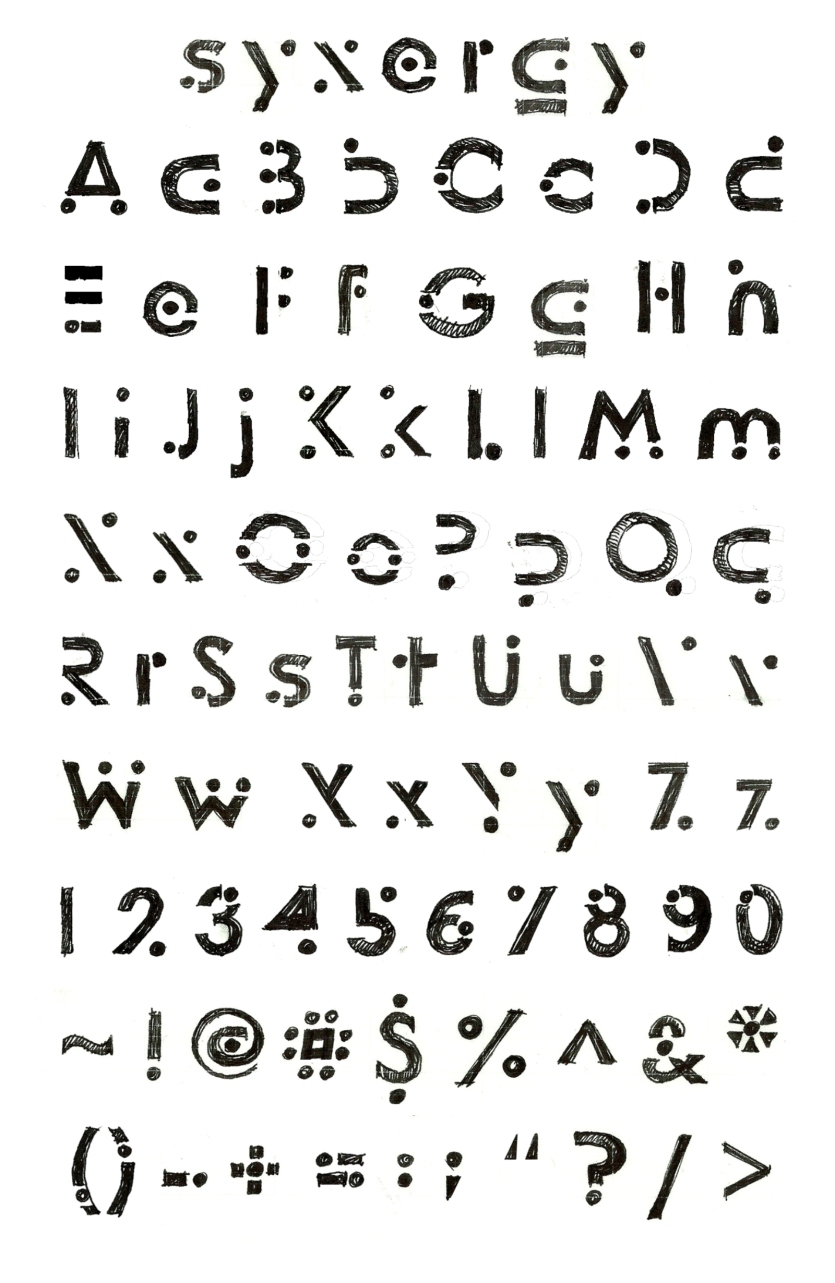